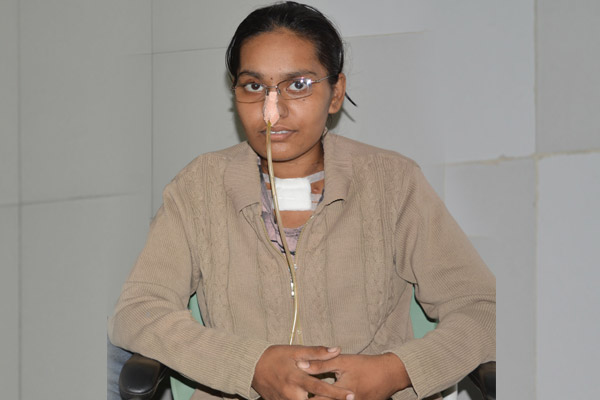 Vadodara/ Anand: A 22-year-old woman from Umreth village of Anand district, who was suffering from a rare nerve disease, recently got a new lease, thanks to support she received from donors.

In this condition, the immune system of a patient's body mistakenly attacks part of the patient's peripheral nervous system leading to weakness, numbness and tingling eventually causing paralysis. The cause of this condition is unknown but it is typically triggered by an infectious illness like the stomach flu or a lung infection.

Preema was in the intensive care unit (ICU) for 40 days under the observation of a team of intensivists of the hospital led by Dr Sunil Chhajwani. Her widow mother Usha Shah was not in a position to pay for her treatment even as her medical bill was mounting during her ICU stay.

"We decided not to give up this case and pledged for a donation through crowd source funds through various means like writing letters and emails to donors and by making appeals through funding platforms," said a hospital official, adding that Rs 4 lakh were collected through such means for her treatment.

"We are grateful to the hospital which collected this fund for treatment and the doctors for curing her," said Preema's friend Karan Shah, adding that Preema's widow mother earns Rs 10 per hour by working as a cook.

According to the hospital authorities, it has never turned away any patient for lack of funds. 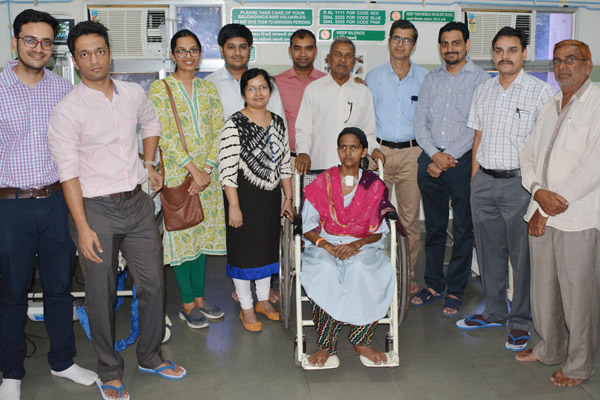 Shree Kriishna Hospital , Karamsad saved the life of a 28 year old woman, Fatimabanu Kureshi, suffering from severe postpartum hemorrhage (PPH) and burst abdomen . PPH as a leading cause of maternal mortality. Fatimabanu was in the ICU for 45 days, out of which she was under ventilator support up to 35 days. A modern closed critical care unit and a team of full time intensivists along with trained nursing staff providing quality and skill care during her 45 day stay in the ICU and generous contribution by donors for her costly treatment, gave a new lease of life to Fatimabanu. A closed ICU is an innovative concept for a hospital and only three hospitals in India have closed ICUs and full time intensivists.

Fartimabanu Kureshi, a mother of three from Borsad Taluka, Anand District was referred from a private hospital after the birth of the third child and was admitted in the ICU. The Obstetric and Gynec Head Dr. Smurti Vaishnav diagnosed her serious condition and performed hysterectomy to prevent blood loss and remove sepsis and infection. However, in due course of time, infection and sepsis had spread to the lung. Lung specialist and intensivist Dr. Abhishek Prajapati treated her in the ICU and general surgeon Dr. Jignesh Rathod performed thoracotomy for removal of sepsis. In such cases the role of the intensivist becomes very crucial . The skilled team of the intensivist headed by Dr. Sunil Chhajwani provided quality care to the woman and followed all clinical protocols during her ICU stay.

According to Intensivist Dr. Deepak Sharama, the common cause of the PPH is improper handling of the delivery by the doctor or the long duration of the labor pain. In this case the patient stayed in the critical care unit for 45 days without an induced coma and post critical care stay no physical deficit was found in her.

After discharge Shri Salim Kureshi, the father of he Fatimabanu said, we are thankful to the skilled team of doctors, trained nursing staff, modern facility in the critical care unit and support given by the donors (Rs. 5,75,000) during her treatment .